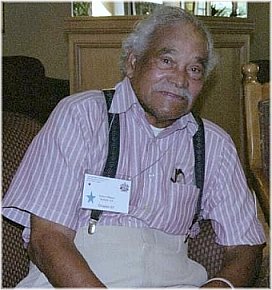 Felton M. was my Father. He was my Biological Father; he was also my Home Father.

Long ago, when I was a boy, I thought that my Father was dumb and stupid.

Funny thing is, the Older I got, the Smarter he became...Isn't that funny... Many of you have known Felton for many years. Some would say that he was a No-Play, No-Nonsense individual.

Others would deem him as the "Life of the Party." For me, He was Both!

As a young boy, I was ashamed that Dad was a Truck Driver rather than a scholar or a white-collar executive. I was also ashamed that Dad and Mom had a small candy and grocery store behind the house (a pre-modern convenience store).

Of course, I didn't realize that Dad's earnings made him one of the highest paid head-of-households in our city. The candy story not only put my brother through college, but also enabled me to learn to count numbers via money exchange at the tender age of 4 years.

Dad was not content to simply work a blue-collar job for 50-60 hours per week...Oh no, he had to do more. Yet, I wanted to sit under the trees and sip pop from the store (our candy store, by the way).

Dad didn't give me much free time; he believed that, "Idle hands are the Devil's Tools." He started a fairly successful vending route on the weekends. I was forced to accompany him.

I was an unwilling student of entrepreneurship, income-maximization, profit optimization, and customer service principles. No matter...I wanted to be left alone.

The Son Leaves Home and Becomes a Man

I joined the Army at age 17; I wanted to get away from Dad's rules. Yes, I'm laughing now along with you all because the U.S. Army is the Grand Daddy of Rules.

While in Army basic training (aka boot camp), I telephoned Dad (in tears) that I had made a mistake...I wanted out! Dad said, "You Made Your Bed, Now Sleep in It!" That Army experience lasted 20 years. Another "funny thing" I learned...well, several things:

2) Not everyone had a Dad that was alive.

3) Not everyone had a Dad that provided an income or child payment support.

4) Not everyone has a Biological Dad that they knew.

The Father, Felton M., began to look (in my eyes) more and more like a Great American Hero.

The Man, Felton, M. "was a no-nonsense guy." No apologies, no regrets, no prisoners. However, "Miracles never cease."

My home telephone rang, my wife answered while I was in the shower. She interrupted with, "You have a very important call...you must take it now." My thoughts were Ed McMahon (Publishers Sweepstakes), a US Army (Iraq War)recall to duty, or something else. I'm not a betting man, but, never in a million years...

There was silence on the other end...in a faint whisper, I heard a voice. My heart leapt into my hand. It was my Father (not my dad at this point). He said, I am attending a convention in San Antonio, Texas with the Mended Hearts Chapter of the American Heart Association next week...I wanted you to know.

Without hesitation (it was such a shock to hear his voice...I didn't hold out or "Steele my Composure"). I responded, "I'll be down there next Sunday at 2:00 pm."

I arrived at the hotel but he was nowhere to be found. The concierge and convention host paged and summoned him. He hobbled down the stairs with an arthritic fashion.

The Man of Steel, as I have referred to him over the years, embraced me in a hug. I was numb and was unable to process the moment.

After hanging out and enjoying dinner, we both committed to reconnecting. It was a good meeting. Neither overdone nor falsely-affectionate. 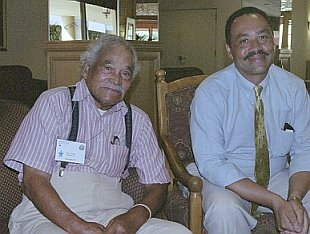 As the months progressed, Dad endured 2 medical procedures in which his diabetes would claim both of his legs to surgical amputation.

I did not realize, until now...this very moment, that Dad would only be with me for One More Year.

Some kind of way, he knew that his time was short. He did one of the most courageous acts of his life. He picked the telephone, called out to his Long-Lost Son, and made the first move.

Believe me folks; if you had known Felton, M., this was HUGE!

It's So Hard to Say Goodbye

In closing, this virtual eulogy, via web-internet, is as much for Me as it is for the Universe. Because, now (another funny thing)...5 days after learning of his passing, I am shedding my first of many tears.

I had not cried; yet at this moment, I can't see the keyboard to type because my eyeglasses are foggy, wet, diffused, unfocused, blurry, and not of value to me for sight magnification.

My face is wet with tears...the mucus is streaming down from my nostrils to my shirt collar.

Writing and delivering this eulogy wasn't very tough...The 3 B's, Be Short. Be Quick. Be Gone. That's the Tough Part.

"Its So Hard, To Say Goodbye, To Yesterday!" 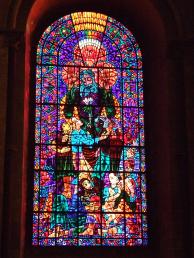 In all things and situations, both good as well as bad, we should Give Thanks for...