The 44th President:
A Yes We Can Obamas Resume

Barack H. Obama for President of the U.S.A. is a Cinderella Story. A virtual "nobody" as of pre-year 2004, President Barack Husein Obama took Washington (D.C.), the Nation, and the World (for that matter) By Storm in 2009.

Not one to adopt a laissez-faire, let'em cake, kick-back and prop-up the floresheims, his cabinet and administration began to shape not even a week after the November 08 election. Herein lies the foundation of Obamas Resume example. 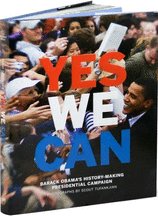 "Change is Coming to America!" Yes, We Can (Si Se Puede)!" Sound familiar? These simple words were (and still are...) the Battle Cry. The message...plain, simple, significant, specific.

The Target was Acquired and locked; Barack had it lined up into his political crosshairs. Obamas resume now had some razor-sharp teeth.

"It's The Economy Stupid"--as said by Former US President, William {Bill} Jefferson Clinton. Can you say, STIMULUS!, America?

Right out of the Clinton playbook, Barack Obama's Resume brought the simple message (Yes, We Can/Si Se Puede) into his own...The Obama Playbook...

Hire eResumes4Vips to write your resume

If you rather, I can write your resume for a very small fee. Visit me @Fiverr.

eResumes4Vips was the first to coin the phrase, The Obama Playbook. Yet it was the Wall Street Journal (my favorite digital and print news service for career tools as well as the behind-the-scenes national and world stuff) that referred to this time as, "The Age of Obama."

What's really cool, as the nation heals from being the hated infidel of the WORLD, many ordinary Americans are believing, again, in the "Pursuit of Life...Liberty...and the Pursuit of Happyness.

The issues that we face, are beyond imagination. Record fiscal deficits, 2 on going wars, nuclear arms proliferation (North Korea and Iran), thawed relations with Russia, and record unemployment. Probably the main reason that you are now here at eResumes4Vips is because you are experiencing your own employment issues.

--For you, the aforementioned aren't just problems not simple statistics, it's right in your living room. You're standing on shaky ground...career-wise (true or true?)--

We've all noted that Mr. Obamas Resume is indeed impressive; however, the Man ain't God... Our exuberance must be tempered with pragmatic realism. Fancy words meaning, 'keeping one's foot on the ground.'

Barack Hussein Obama, the 44th President of the United States. The Year 2008 has been historically referred to as, THE AGE OF OBAMA.

A by-product of this bit of history, is that Mr. Obama is of multi-racial ethnicity. A Kenyan father...an American, Caucasian mother. Obama has a darkened skin color, hence, America is calling him: The First Black President.

A President-Elect Obamas Resume is a pinch-me 'I Must be Dreaming' scenario. Yet here we are America (and the World)...the Glass ceiling has been broken. 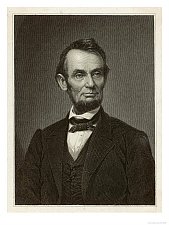 Characterically, Obama is surrounding himself with a Team of Opposites. This is a page from the Lincoln Playbook. US President Abraham Lincoln drew upon opposing opinions.

There's No One as Irish as Barack O'Bama

O'Hara, O'Leary, O'Reilly...There's no one as Irish as Barack O'Bama video

Do you want to work for President Obama's Secret Service? If so, then you'll need a Security Guard Resume as well as a Federal Resume.

Memo to the President

National Public Radio has an online series with reader content suggestions to our 44th President. The series is entitled Memo to the President (November 9, 2008):

As you and the new Congress prepare to take office, we here at NPR News wanted to outline the issues you face. From a broken military to a troubled economy to a National Park Service in need of a major overhaul — we'll provide the briefing paper, the options and the obstacles. 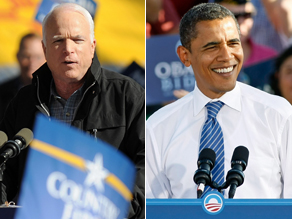 The US Presidential race, 2008 National Democratic Convention, made me think about Obamas resume writing. That's a "stretch", I hear you saying.

Maybe not...this is an awesome time in our political history. For America and for the International World community. An African-American has a shot at becoming an American President! More surreal than a feature film movie. I call it, Andre's Law of the What-If?

Furthermore, a savvy female was a top contender for the nomination. Come to think of it, a (second) woman (Governor of the State of Alaska?) could have become the first female Vice-President of the United States of America (2008). Now That will definitely require a job update CV!

Maybe Mrs. Palin will contact me
to update her resume. Ya Think?

Senator Obama's acceptance speech was themed, "Time to Change America." The USA Today ran the story with a smiling and waving Barack Obama (aka Obamas Resume) on a platform facing 85,000 exuberant people.

Yes, "Time to Change America!" Further, maybe it's time to reinvent your life and vocation with the help of eResumes4Vips...

How fortunate we are that YouTube has come into play. Enjoy the Obamas Resume Video clips...'Kodak Moments In Time.'